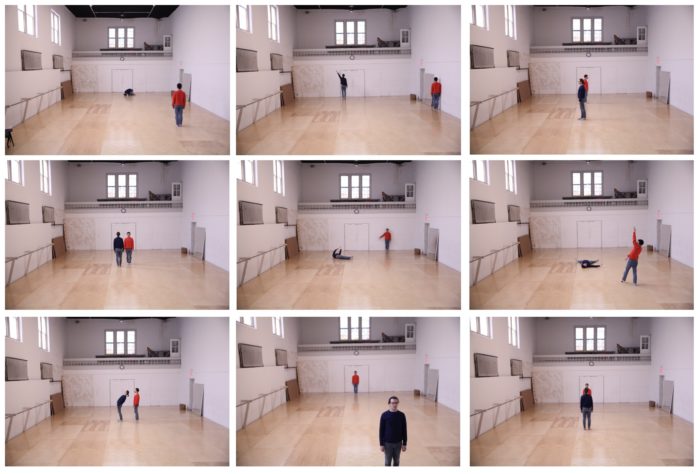 The Six Viewpoints is a philosophy that originates from physical movement.  Its fundamental approach is to deconstruct the materials or languages that make up performance (Shape, Space, Time, Emotion, Movement, Story), be it dance, theater or performance art.  This workshop focuses on the act of deconstruction, a vital process in the Six Viewpoints theory.  In each class we will take two materials and explore them independently.  From there, we will explore the space between the two. Throughout the course of the class, we will focus on elements of composition and improvisational performance as a way of honing our skills of deconstruction.

My name is Timothy Scott, and I am a theater artist living in Brooklyn.  I have been studying with Mary Overlie over the course of the past eight years.  I first encountered her work as a student at the Experimental Theater Wing within NYU, from which we formed a lasting relationship.  I have since traveled and assisted her teaching in New York, London, Madrid, Vienna and Verscio, Switzerland. The philosophy and creativity of the Six Viewpoints has found a home within my own creative work and my understanding of art at-large.  I am currently a fellow at CAVE home of Leimay for the fourth year running, where Nico and I continue to investigate the Viewpoints, as well as generate our own theatrical material.  We also operate an experimental theater company called The Million Underscores. 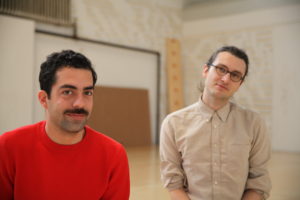 My name is Nicolas Norena, I am a theater maker from Colombia living in Brooklyn.  I started studying the Six Viewpoints with Mary Overlie ten years ago at the Experimental Theater Wing within NYU.  Since then, I have studied privately with her, traveled with her through Europe and Amercia and have been trained to teach by her.  I have assisted her at Rose Bruford College, Impulstanz, Danza Canal and Accademia Teatro Dimitri.  I have also taught independently in Universidad de los Andes, Centroids Cultural Lucy Tejada, Cave home of LEIMAY and New York University.  Timothy and I have a theater company called The Million Underscores, through which we create and direct original experimental theater pieces.