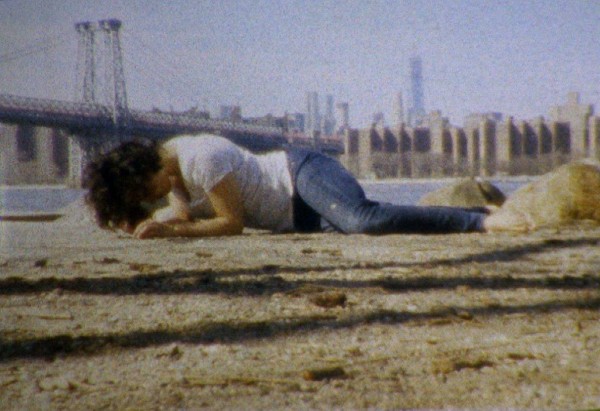 Featuring work by local artists working with the body in cinema in diverse contexts and existing through multiple formats. Including MM Serra and Josh Lewis, Jasmine Hearn, and Laura Batczak, among others.

“What is considered when we discuss the conditions for the genre of dance film? Do these genre conditions at times create expectations? At what point do expectations for art limit a creator’s vision?

In this series we are interested in examining conditions for the genre of “dance film”, destabilizing expectations for a genre, while making an exciting program that explores the more mysterious and unexamined connections between a diverse group of artists and their work. We are interested in the various starting points and unique perspectives of artists who are creating work concerned with the body as it is captured, suspended, and archived by the camera. Everyone has a body that moves, every film moves; movement is grounded in the persistence of the body in time, and cinema creates visceral experience and archive of this. With these conditions as the premise for curation, this program is interested in questioning conditions for a genre and fostering a dialogue around the potential of dance cinema to reflect on the body as a multifaceted social, political, existential, physical, and ephemeral vehicle of human experience. “

Emily Smith received her BFA from Alfred University with a major in Fine Arts and a minor in Biology and Dance. Emily (with Laura Smith) co-founded the Six and Four Articulations touring contemporary dance company, which gave dancers and non-dancers space to make and  show work nationally. She was a member of Layla Mrozowski’s ecofriendly “BAAD” Bicycle Awesome Adventure Dance Tour. Emily has participated in works by Steve Paxton at the MOMA, and Ryan McNamara’s MEƎM: in Performa. Emily’s current Contemporary Dance Company is called “NOT for reTALE”, where she designs and creates kinetic sculptures and performance, using materials such as fabric, furniture, light, and metal. She and Elena Rose Light are co-producers of the annual performance series called Fête, in which they produce strong multidisciplinary work in alternative spaces in NY. She also worked as a dancer with the innovative dance company Leimay at “the Cave” in Williamsburg. She performed with Leimay at BAM Fischer. She just opened her own own visual art studio with Julia Helen Murray for project based work and welding lessons. She also currently works as a fabricator at Arcana Metals.

Lucy Kerr is a choreographer and video, film, performance, and installation artist. She is an MFA Candidate in Film/Video and Integrated Media at California Institute of the Arts on the Lillian Disney Scholarship. Kerr received a B.A in Philosophy and a B.A. in Dance from The University of Texas at Austin and was the grand prize winner of the 2014 Co-op / George H. Mitchell Awards for Academic Excellence for her undergraduate thesis. She has received commissions from Mono No Aware and the Center for Performance Research and was selected as a 2014-2017 Fellow at LEIMAY. Her projects have been presented with The Brooklyn Museum, Anthology Film Archives, The Chimney NYC, Cucalorus Film Festival, Dance Films Association, Mono No Aware, The Center for Performance Research, the San Francisco Dance Film Festival, Co-Lab Projects, The Aurora Picture Show, Triskelion Arts, IDIO Gallery, INSITU Site-Specific Festival, LEIMAY, and The MATCH Houston. Kerr has participated in residencies with Cucalorus Film Festival and Impulstanz. She was the main writer for LEIMAY’s publication accompanying the production of ‘borders’ (2016) at BAM. Her own writing, merging philosophy and performance theory, has been used as coursework at UCLA. As a dancer, Kerr has also performed with LEIMAY in multiple projects.