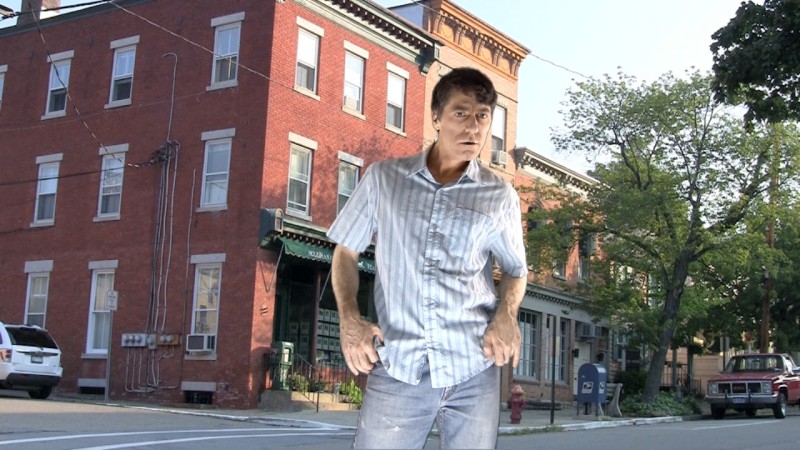 Frontier is a showing based on John Ford’s 1956 film The Searchers, starring John Wayne.

Trained as an actor at the Jacques Lecoq School in Paris and the Dell’ Arte School of Physical Theater, Colin Gee was a clown for Cirque du Soleil and the founding Whitney Live artist-in-residence at the Whitney Museum of American Art. Recipient of a 2012 Rome Prize in Design, and a 2011 EMPAC Dance Movies Commission, other commissions have included works for SFMOMA and the Whitney Museum. He has frequently collaborated with the composer Erin Gee (his sister), providing the libretto for her opera, SLEEP (2009, Zürich Opera House), Mouthpiece XIII, Mathilde of Loci, Part I (2009, American Composer’s Orchestra, Carnegie Hall), Mouthpiece XX (2014, Vienna Konzerthaus) with the Vienna Radio Symphony Orchestra, and Mouthpiece VI+I (2014, Chicago) with Fonema Consort. In the last three of those works he also performed, and contributed video and direction. Works and performances in New York have been seen at PS122, The Chocolate Factory, Dance Theater Workshop (now NYLA), Soho Rep, Joyce Theater (with Iréne Hultman Dance), Whitney Museum, and many others.